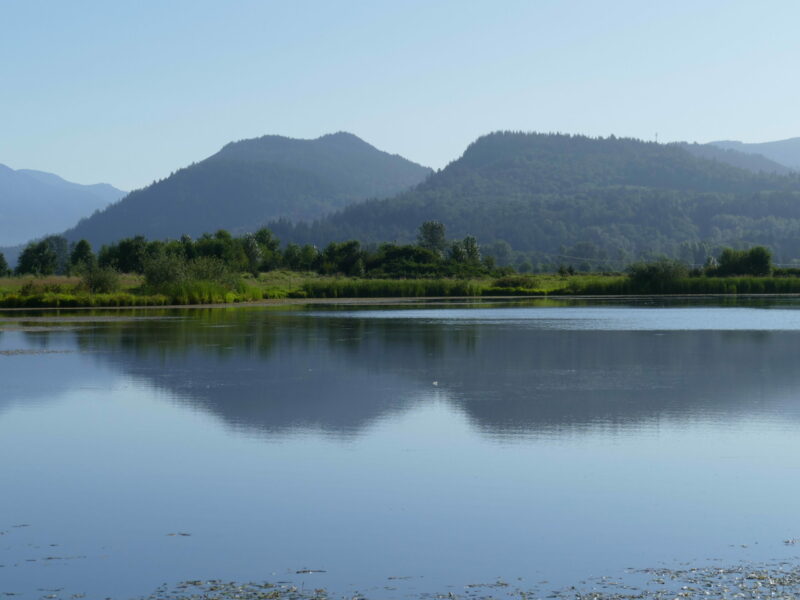 A writer, on his morning walk, met a traveller, who had been seeking new land, and was recently arrived from a faraway journey. “Good Morning”, the writer beckoned to the traveller. “Good Morning to you, on such a sunny morning”. “I have never seen you walking along the lake in the early morning”. “That is true”, said the writer, “and I have not either”. “Do you walk here often”? “Every day”. “Then why is it, that we never cross paths”. “It can only be because of the times we choose to walk, or that perhaps we are always at some distance ahead or behind the other”. “True”.

Walking Along the Trail

After a short conversation, the writer changed his direction of travel and continued on his way along the trail. His effortless expression of movement permitted the traveller to begin his story as they walked along the trail that meandered around the small quiet lake. The traveller had ventured far and wanted to seek and secure a new property. Financial considerations considered, and in part, for a change of scenery. Life in his small city was growing dull, and new surroundings often brought new ideas, new people, and new gardens to grow. The experience had required him to venture far, and in the process, he had met the bearded man. The bearded man’s property was a nice one, and he had seen it on a previous visit to his brother’s estate. There, he returned, to search for a new piece of land to build a dwelling for himself and his ailing son. Once there he visited a number of properties and he met with all of these landowners. The properties that were available, he did not want, and the ones he wanted, were unavailable, or grossly overpriced.

I Meet the Landowner

“Is your property food sale”? he said to the bearded man who had many horses. The bearded man replied, “Everything is for sale at the proper price”. A few words of warning from his guide had tarnished the first impression of the bearded man. Too often, we let people influence our opinion of others, with a few chosen words of description. The guide had volunteered to describe the property owner as a bitter man, grieving the loss of his wife. This man was an animal keeper.

In the fields below the main house, there were many horses. The traveller did bother to count them. There were too many to count accurately, and the traveller was not wanting to purchase horses. In the lower field, sheltered with the horses was a young goat. In the ensuing conversation, a turkey hen dropped onto the metal roof of his woodshed and startled all that were present except the bearded animal keeper.

There were turkeys, guinea fowl, at least seven dogs, and two cats. An old homestead that he had recently purchased, and that he appeared to enjoy. It bordered on a major river that flowed majestically toward the sea. There was a log cabin on the southern edge of the property. As the conversation progressed, it was evident that the bearded animal keeper was no one’s fool. A landowner in possession of many horses and living by his own clock is much smarter than he appears. Soiled clothing can be a sign of well-applied effort, and not all first impressions are true. “How much cold can those turkeys handle”? The traveller asked. “- 40”, the bearded man replied. The temperature was above freezing and their conversation continued.

“This is part of the Agricultural Land Reserve and it cannot be subdivided”, said the guide to the traveller. “How does that work?” the traveller inquired. The property cannot be subdivided and must be sold whole. “This lot contains 67 acres and is reserved by the province for agricultural use”. “The ALR holds this land in reserve for agriculture so that enterprising men do not purchase it for development”. “If left to the marketplace, riverfront land capable of growing crops or nurturing animals would quickly be gobbled up, and soon there would be no place to grow food”. “Greed can make men forget their stomachs, and see only the dollars that these transactions bring.

At the far corner of the property, a woman lived in his cabin. The woman helped care for the animals and had some arrangement with the landowner that was of no importance to the traveller at the time. This, the traveller did not bother to enquire about, as he had already removed this piece of property from his purchase list. The conversation turned to hunting when the guide enquired about the tracks they had seen at the entrance to the property. The traveller believed they were mountain lion tracks and this was confirmed by the landowner. Days ago, he had let a hunter on his property chase this mountain lion away. Horses, baby goats, and turkeys are quite appealing to a mountain lion’s appetite.

Be Not Quick to Judge

It is seldom wise to form opinions of people based on their appearances or the moods they are in on the day you first meet them. “Thanks for the opportunity to visit your ranch”, the traveller added. “I am pleased to have seen your spread, and I hope you do well”. “Thank you”, said the landowner. “Drop by again, if you’re ever in the neighbourhood”. “I will Pete, I will”. “Good Day”.