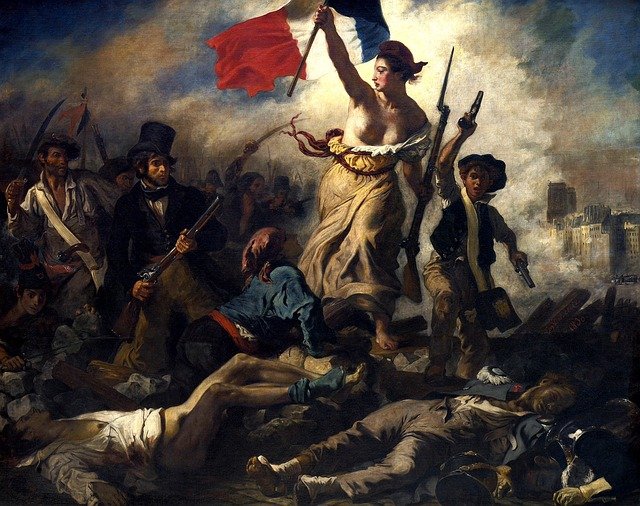 The More Things Change, the More They Stay the Same

Reading Hugo’s classic novel I was fascinated by the idea of How to Solve Social Problems-in today’s world. The more things change, the more they stay the same.

While reading Les Miserables, which translates from the French to the miserable and wretched, I came across this passage written by Victor Hugo in the 1860s. Incredible as this list of problems is, I am even more fascinated by the fact that this is an almost EXACT list of ALL the problems that we are facing TODAY!

Have we learned anything yet?

This short sentence of 36 words was written over 150 years ago, and yet it contains the very same issues that we struggle to find solutions for, today. How can this be?

Poverty, and the working poor, wages that never make ends meet, the rights of Capital and Labour, why is it that we have not solved most of these issues, when so many are “standing-on-their-soapbox”, telling us how they’re going to do it if we only vote them into power, or give them the opportunity to fix things.

In the effort to remain hopeful, I must conclude that we have improved living and working conditions for huge swaths of the world’s population.

There is no shortage of blame to go around, and one would think that after hundreds of years of beating these issues to death, that we would have improved upon SOME of these, at least slightly.

Education, that wondrous institution of learning is in complete disarray. A system of learning born in the Middle Ages, and bent more on political ideology, than in teaching open minds to grow.

Of Course, the Economy

The Economy, again, littered with Nobel Prize winners, strolling through the halls of Academia, unable to devise a system of production and distribution of goods and services, worth its salt. The currency that has become worthless, robbing the earner of all his effort, how can we move forward as a society, when so much is in disarray?

Crime and Punishment, the penal system, sex trafficking, prostitution, drugs and alcohol, (which he did not have on his list), are all alive and doing well. I am well into my years of maturity, and I am not naive enough to believe that life is a box of chocolates, or that anyone should be promised a rose garden, but come on, … we don’t seem to have improved on ANY of these issues.

These lines that were written over 150 years ago, with the exception of drugs and alcohol, and I don’t know why they were omitted, are the EXACT problems that I am reading about and witnessing this very day, in the Main Stream Media.

We are only Human

Human Beings have a broad and varied history of solving problems, so why are we not more efficient at solving these problems?

When we can solve our personal problems, we become more able of helping others with theirs.

There is a legitimate case for this argument.

Modern-day News and Event cycles have left little to shock us. When I read those lines of text, I had to stop for a moment and reread them. I thought I was imagining things, but it seems, I wasn’t.

“Social problem-solving, in its most basic form, is defined as problem solving as it occurs in the natural environment.[1] More specifically it refers to the cognitive-behavioral process in which one works to find adaptive ways of coping with everyday situations that are considered problematic. This process in self-directed, conscious, effortful, cogent, and focused.[2] Adaptive social problem-solving skills are known to be effective coping skills in an array of stressful situations. Social problem-solving consists of two major processes.[1] One of these processes is known as problem orientation. Problem orientation is defined as the schemas one holds about problems in everyday life and ones assessment of their ability to solve said problems.[1][3]

The problem orientation may be positive and constructive to the problem solving process or negative and therefore dysfunctional in the process. Problem-solving proper is known as the second major process in social problem-solving. This process refers to the skills and techniques one uses to search for solutions and applying these skills to find the best solutions available. This model has been expanded by McFall[4] and Liberman and colleagues.[5] In these variations social problem-solving is considered to be a multi-step process including the adoption of a general orientation, defining the problem, brainstorming for solutions, decision making, and follow up stages.[6]” … extracted from Wikipedia.

Are we There Yet?

The more things CHANGE, the more they stay the SAME!

Malnutrition, disease, unemployment, the education gap, and more. The list appears to be endless.

We can solve more problems when we are able to clean our rooms. A metaphor, well worth considering. To be fair, life is getting better for more people.

If I can do just a little more today, to be of some benefit to someone else, everyone will benefit from this positive energy.